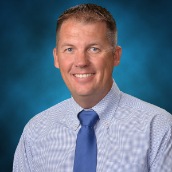 Mr. Tracy Howard is in his 6th year as the school's athletic director and head baseball coach, and his 18th year in the field of education. Coach Howard has spent the last 12 years in Christian Education where he has served in various leadership roles. He has also held assistant and head coaching positions in a number of sports throughout his career; 13 of which he has held the title as a head baseball coach. During his time as a head baseball coach he has accumulated a record of 316 wins and 119 losses with a winning percentage of .726. Coach Howard has been selected as the District Coach of the Year eight times, and his team season achievements include six district championships and five state tournament appearances. The most recent team success belongs to the 2020 SCS Varsity Eagle Baseball team who set the school wins record with 28 and also finished as TAPPS D2-1 District Champions. Coach Howard is a graduate of the University of Mary Hardin-Baylor, where he was a four-year letterman, team captain, and starting pitcher for the Crusader baseball team. 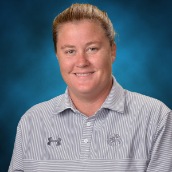 Coach Jennifer Cline is in her 10th year at Southwest Christian School and her 6th year as the Head Softball Coach.  Jennifer is married to Doug Cline and together they have one daughter, Aubree, a third-grader at Plum Elementary in Joshua, TX.  Jennifer is a graduate of Midwestern State University where she graduated with a degree in History.  Jennifer played college softball at Vernon College in Vernon, Texas.  Jennifer and her family live in Joshua, TX. Doug teaches at New Horizon High School in Joshua TX, teaching physics, biology, and chemistry.  In her spare time, Jennifer enjoys time at home and time on the golf course with Doug and friends.  One of Jennifer’s favorite Bible verses is Deuteronomy 15:10- “Give generously to them and do so without a grudging heart; then because of this the LORD your God will bless you in all your work and in everything you put your hand to.” 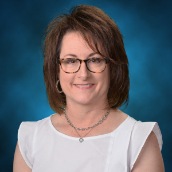 Mrs. Jamie Pritchett is in her 23rd year at Southwest Christian School.  Mrs. Pritchett has worked in many roles during her time at SCS. She started out helping in preschool/kindergarten classrooms before transitioning to the elementary office. She moved to the Lakeside Campus 20 years ago, where she worked in the main office for half a year before finding her place in the athletic department. She currently serves as the Athletics Operations Coordinator.

Jamie is married to Darryl Pritchett and together they have one daughter, Lauren, who is a 2012 graduate of Southwest Christian School.  Lauren went on to graduate with a B.S.N. from Texas Christian University in 2015 and works at JPS Health Network as a Trauma Nurse Clinician.  Darryl also works at JPS Health Network as a Radiology Manager. Jamie and her family live in Fort Worth. TX.  In her spare time, Jamie enjoys time with family, traveling and reading.  One of Jamie’s favorite Bible verses is Psalm 139:14 - " I praise you, for I am fearfully and wonderfully made. Wonderful are your works; my soul knows it very well." 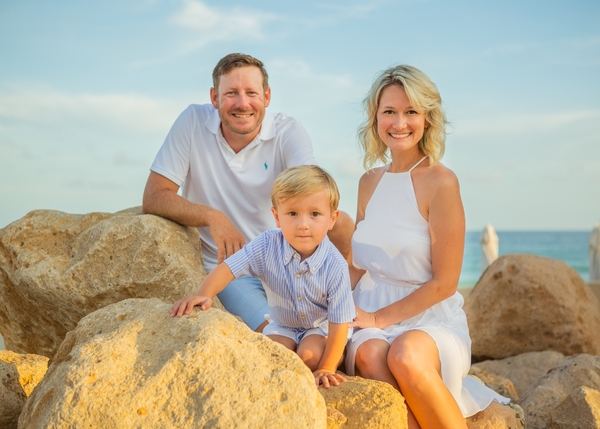 Mr. Aron Wimpee is in his 6th year of service at Southwest Christian, and his 13th year in the field of education. Coach Wimpee currently serves as the Transportation Coordinator, Athletic Facilities Maintenance and Assistant Baseball Coach in the Athletic Department. He also serves academically as the 9th & 10th Grade Boys Dean. During his tie at SCS, he has also served in numerous roles. Coach Wimpee is a graduate of Texas Wesleyan University, where he played college baseball. Coach Wimpee is married to his wife, Amanda, and they one son, John Luke, who is 3 years old. 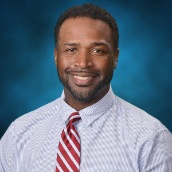 Mr. Jeromy Flowers is in his 5th year of service at Southwest Christian School. Coach Flowers currently serves as the Head Football Coach, Director of Diversity, New Student/Family Coordinator and Dean. Coach Flowers started his coaching career at Arlington Lamar High School under Eddie Peach. Three years later, he received his first head coaching job at Harrison High School in Indiana, where he served for 4 years. He then went on to Portage High School in Indiana for 2 years. From Portage High School he went to Homewood-Flossmor High School in Illinois for 3 years. Coach Flowers has been blessed to coach on some of the biggest stages in high school football including a 5A Semifinal game in Texas and the 8A State Championship game in Illinois, but one of his best memories is leading the Eagles to their first playoff berth in nine years. 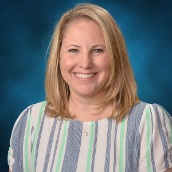 Mrs. Heather Rodgers is a graduate of Texas Christian University where she earned her BA in Social Studies.While there, she was a four-year member of the TCU Showgirls Dance Team. Upon graduation, she began teaching at Granbury HS and taught at Burleson HS before serving as the Dance Coach, World Geography teacher, Social Studies Department Chair, and former Spirit Coordinator at SCS. Coach Rodgers has served on committees for the Texas Dance Educators’ Association and TAPPS, and her dance teams have won numerous awards including National and State titles in her 23 years as a coach. She is the proud mom of Jeremy and Zachary, who both attend SCS, and she has been married to Brian for 21 years 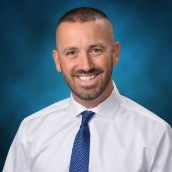 Mr. Chris Swinney is in his 13th year of service at Southwest Christian School. This will be his 4th year as the Head Cross Country Coach. Coach Swinney also curretnly serves as the Spiritual Life Coordinator and teaches Bible. During his time at SCS, Coach Swinny has also served in various leadership roles. He formerly served in the United States Marine Corps as the second fastest runner in his Division in Marine Corps Boot Camp.Coach Swinney’s desire is to help push these athletes to better versions of themselves every day.

Coach Swinney is married to another member of the SCS family, Kelly Swinney, and they have 3 daughters that all attend SCS.

Ms. Jessika Robinson is in her 3rd year of service at Southwest Christian School. Coach Robinson currently serves as the Head Volleyball Coach, Assistant Girls' Basketball Coach, and Middle School History Teacher. She played volleyball at Hill College from 2006-2008 and then at Faulkner University from 2008-2010. She graduated with a Bachelor of Arts degree in History from the University of North Texas. She previously served as the head coach at Italy High School from 2012-2013. She was then the assistant volleyball coach at Orange Grove High School from 2013-2015. She also served as the varsity assistant volleyball coach at Southside High School from 2015-2018. She has taught Texas History, American History, and World Geography, and will be teaching American History at SCS for her third year. 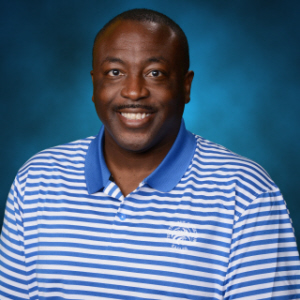 Mr. Larry Menendez is in his 2nd year here at Southwest Christian School, and 2nd year serving in education. Coach Larry Menendez is very familiar to coaching champions and championship teams. He is a retired Master Gunnery Sergeant (E9) from the United States Marine Corps. After spending more than 26 years on active duty, he decided to go full time into coaching. His accolades for girls’ youth basketball over the past five years include three national championship team titles (Youth Basketball of America) and five state titles (Texas Amateur Athletic Federation). He also was nominated as the Junior NBA Coach of the year in 2017 and by Quicken loans as the 2018 Hometown Hero for The State of Texas. He is also serving as the Texas State Director for Youth Basketball of America. 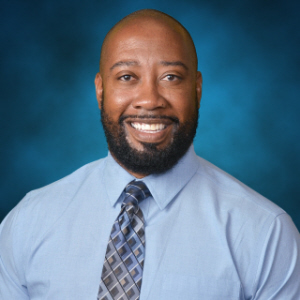 Coach Jones holds a Bachelor’s degree in Business Marketing from Texas Tech University. He has also completed over two semesters of education with Sunset School of Preaching while serving as a youth minister at Avenue T in Temple, TX. He earned his teaching certification from McClennan Community College in Special Education, Physical Education, and as a Core Teacher for Grades 4-8. Mr. Jones and his wife, Natasha, have been married 3 years and have 6 daughters and 5 grandchildren. They are members and serve at the Potter’s House in Fort Worth, TX. 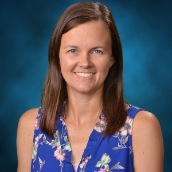 Mrs. Jenifer Winn is in her 9th year of service at Southwest Christian School and 6th year of serving as the Head Girls' Soccer Coach. Coach Winn also serves as the Middle School Learning Lab instructor. Coach Winn graduated from Crowley High School where she played varsity soccer. After high school, Jenifer attended Dallas Baptist University where she played for two years. In her tenure as head coach, the team has won district titles and were state semi-finalists. Coach Winn has coached several All-District and All-State athletes while here at SCS. Several varsity players have gone on to play at the collegiate level. Outside of soccer and teaching, Coach Winn is an avid runner and volunteers at Doxology Church in the marriage ministry. 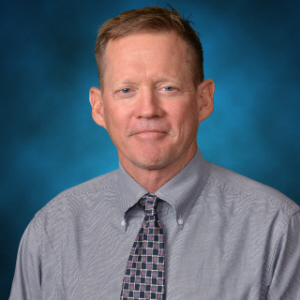 Mr. Pete King is in his 2nd year at Southwest Christian School after serving for 30 years in education as a teacher and coach in the public school system.  He currently serves as the Head Boys' Soccer Coach and teaches in the Science Department. He has been a Head Coach for Boys’ and Girls’ Varsity Soccer and Cross Country 28 of those 30 years. He has coached in various places including San Angelo, Denton, Burleson, and even the Virgin Islands.  He has also worked with students through organizations including The Fellowship of Christian Athletes, Young Life, and Kanakuk and has worked as a youth director in his church for a number of years.

He and his wife, Kathy, have three kids.  His daughters Samantha and Sydney are grown and their son, Cooper is in 4th grade at SCS.  They live in Godley, Texas. 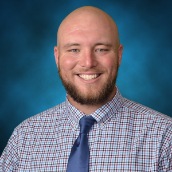 Mr. Kyle Harrison is in his 5th year of coaching and 4th year of teaching at Southwest Christian School. He currently serves as the Head Golf Coach, Assistant Football Coach and Technology teacher. Coach Harrison is a native of Memphis, TN and is a graduate of Austin Peay State University in Clarksville, TN where he obtained his B.S. in Communications. Coach Harrison was a four-year letterman at Austin Peay playing for the football team. He has been a lifelong golfer with a strong passion and deep appreciation for the game. Coach Harrison and his wife, Leslie, have been married for 5 and love being a part of the SCS family.

Mr. Cedric Stewart is in his 3rd year of service at Southwest Christian School. He currently serves as the Head Track Coach and Strength & Conditioning Coach. Coach Stewart is a native of Kansas. He has been a USATF and AAU coach and member for nearly two decades. Coach Stewart received his USATF Level One Coaching Certification in 2008. He is also a member of the Southwestern Association of Track and Field Officials Apprentice program and holds AAU’s Positive Coaching Alliance Levels One & Two Certifications. Coach Stewart founded Legendary Track in 2007.

Coach Stewart has served in numerous areas of ministry, including working with youth. He is currently serving as lead pianist and worship leader at Life Community Church in Arlington, TX, where he and his family attend. Coach Stewart and his beautiful wife of 24 years, Shawn, reside in Arlington, TX, and have seven children (Jaylan, Kimberlyn, Cedric II, Makenzie, Cameron, Kobe and Ezra).